After numerous previous attempts, supporters of a federal green bank hope that Congress will finally enact legislation reintroduced this year to create such an independent funding mechanism to finance a range of projects that address climate change as part of a larger clean energy and infrastructure package that will be introduced soon.

Jeffrey Schub, executive director of the nonprofit Coalition for Green Capital (CGC), whose mission is to halt climate change by accelerating clean energy technology investments, tells Climate Extra that his organization and others are very optimistic about prospects for passage of the Clean Energy and Sustainability Accelerator (CESA) bill in 2021 as momentum for the policy has gathered. 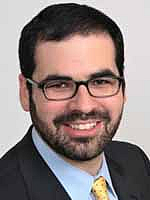 Rep. Debbie Dingell (D-MI) the same day reintroduced a House companion, H.R. 806, which is co-sponsored by Rep. Brian Fitzpatrick (R-PA), so far the only Republican supporting the legislation.

The “green bank” proposal has been endorsed by a number of organizations, including the National Academy of Sciences, Evergreen Action, the Center for Climate and Energy Solutions, and Data for Progress, Schub notes.

The bill directs Congress to provide $100 billion in capitalization for an independent non-profit whose responsibility as a national entity would be to create new state green banks and provide loan capital to state banks that would combine with private investors to fund clean energy projects.

A $100 billion capitalization will drive nearly $500 billion in total investment with private co-investment and create nearly four million jobs in four years, according to Schub. The bill calls for 40 percent of the funds to go to communities that are disproportionately affected by environmental pollution or climate change or that are economically dependent on fossil fuel-based industries.

“This accelerator can bridge partisan divides and unite the public and private sector around our shared goal of decarbonizing our country, creating jobs, and leaving this world better than we found it,” Dingell said in a joint Feb. 3 statement with the other sponsors.

Although the bill does not contain an allocation formula and the issue of federal agency involvement has yet to be decided, Schub notes several possibilities.

For example, the funding for the proposed non-profit could be routed through EPA or the Department of Energy, or the board with oversight for the non-profit could involve government officials in various ways, including as ex officio members. Generally, the non-profit would greatly benefit federal agencies as a partner because it would have greater flexibility to help focus federal grants and financing programs more intensely on addressing climate, he says.

The House approved the bill twice in 2020 and green bank legislation has been introduced seven times since 2009. The cap-and-trade climate bill Markey and former Rep. Henry Waxman (D-CA) introduced that year included green bank provisions, but after the bill never got to the Senate floor there has not been a climate and energy discussion until now, Schub notes.

“We don’t expect this bill to get a stand-alone, up-or-down vote,” Schub says. Instead, supporters expect the bill will be combined into a broader infrastructure and climate package that the Biden administration and Congress have indicated is supposed to be the next legislative effort after the COVID relief bill passes.

House members have said their “reference framework” for a major package will include policies that were part of proposals passed last year, such as the House Climate Committee’s crisis report that contained the green bank policy. The green bank was also included in H.R. 2, infrastructure legislation the House approved last July, which is the most discussed legislative vehicle that is likely to move forward this year, Schub says.

On the Senate side, the push now is to include the legislation in whatever the Environment and Public Works Committee includes in its budget reconciliation package for a jobs and infrastructure bill, Schub says.

Legislation advanced by the reconciliation procedure must be closely tied to budgetary matters and is exempt from filibuster in the Senate.

Schub says the bill’s Senate sponsors have “done a lot of work” with EPW staff. In addition, since the accelerator initiative was launched two years ago CGC has done a lot of work with eight of the more than 15 U.S. state and local green banks to prepare for passage of the law. “We’ve focused on being ready on day one” after enactment to move funds immediately, with an organizational chart, investment projects, and other details already created, he says.

Whenever the pandemic is over, there will still be a need for rapid deployment of investments that will be critical for economic recovery, Schub says, putting the bill in a good position politically.

There has been no opposition to the green bank policy among Democrats or in states, Schub says, although some Republicans who are now asserting fiscally conservative views have raised some concerns.

At the state level, state green banks have “a proven track record,” having collectively driven more than $5 billion in clean energy investments. “There’s been a lot of learning from doing,” and state banks are standing by to invest at a greater scale, in partnership with the proposed national green bank.

The reason more state green banks have not been established is that states lack the money to fund them, not any policy concerns, Schub notes. An important lesson derived from years of experience with state green banks is that a vast amount of green investments must be driven at the local level because energy and electricity markets are regulated at the state level, and needed projects tend to be small and distributed, including in low-income, disadvantaged communities, he adds.

Biden’s call for investing $2 trillion in infrastructure will be “really hard to do” in any situation but especially after Congress will have spent trillions on COVID relief. If the next infrastructure package is smaller -- for example, only $1 trillion -- the green banks policy has “outsized value” because it leverages so much more investment for every dollar spent.

For example, Dingell says in her press release that investing $100 billion of public funds into the accelerator could leverage as much as $884 billion in total investment into clean energy related projects over just ten years. “An investment of that size is projected to create four million jobs in four years, two-thirds of which can be filled right away by Americans with many skill sets, even during the pandemic,” she says.

And by 2030, the accelerator could deliver one-fifth of all emissions reduction needed to reach a carbon-neutral economy by 2050, she adds.

Although CGC’s policy director Jahi Wise in January was tapped to join the administration’s Office of Domestic Climate Policy as a senior adviser for climate policy and finance working with the office’s leader, Gina McCarthy, Schub cautions “not to read into” that decision a specific White House commitment to the CESA policy.

But it definitely means the Biden team recognizes the need to think about climate finance as a policy area. In addition, CGC worked with the White House deputy national climate advisor Ali Zaidi for years during the Obama administration on issues of how to use government levers to drive climate finance and Zaidi understands the challenges. -- David Clarke

The story on this page is just a sample of the complete coverage and features provided by Climate Extra, a new service from the publishers of Inside EPA, delivering exclusive news on the climate policy developments across the breadth of the federal government and beyond.

You can add Climate Extra, and all the daily news and analysis it provides, to your current Inside EPA subscription.

Contact Steve Reilly or call 703-562-8992 to learn more or to subscribe to Climate Extra. Discounts on multi-reader licenses are available.

Your subscription will extend your InsideEPA.com access to the Climate Extra portal and the accompanying services, including daily news and analysis, a weekly newsletter, special reports, documents, a weekly Insider analytical report. a morning email update, and breaking news alerts.