Former EPA deputy general counsel Ethan Shenkman says the Biden administration faces a major challenge in defending the benefits of carbon capture and sequestration (CCS) technologies against growing concerns by environmental justice advocates, arguing that transparency and “granular data” from an upcoming screening tool will be key to advancing such technologies that are central to achieving the president’s climate policy goals.

“The Biden-Harris administration has identified carbon capture and sequestration as a critical pillar in its ‘all of the above’ strategy to address climate change,” Shenkman notes in an email statement to Inside EPA’s Climate Extra. “It has also recognized the need to address concerns raised by environmental justice advocates about impacts on communities disproportionately affected by pollution over the years,” says Shenkman, who served in the Obama administration’s Justice Department and EPA and is now in private practice.

He argues that balancing these “important perspectives and producing solutions with widespread support” will be challenging. And to that end, Shenkman says the Biden administration will have to engage with communities about the legacy of past pollution while emphasizing the economic and jobs benefits of CCS, as new data become available to inform CCS siting decisions that will limit local impacts. 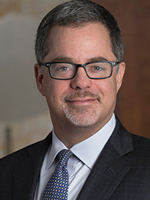 “But the administration has noted that it has many tools at its disposal, including promoting the benefits of CCS infrastructure build-out as a means of job creation; robust community engagement, including transparent conversations with local communities about the risks and benefits of CCS technology; and deployment of tools like EJ Screen to produce more granular data on demographics and environmental indicators, to better inform communities and decision-makers on siting and permitting decisions,” Shenkman says in the statement.

The screening tool is due to be released as soon as July 27, according to a Biden executive order deadline.

“EPA also has multiple tools to address other pollutants resulting from projects that rely on CCS to reduce carbon emissions. How effectively the administration utilizes these techniques is yet to be seen, but it’s safe to say we’re going to see unprecedented levels of attention being paid to the intersection of advanced ‘clean energy’ technologies and environmental justice,” Shenkman adds.

Shenkman’s statement comes in the wake of a White House Council on Environmental Quality (CEQ) report on CCS to bolster use of the technology, and Office of Management and Budget (OMB) interim guidance issued last week on achieving the administration’s environmental justice goals, though the latter document fell short of recommendations by an advisory council to defund CCS and overall fossil-fuel investments.

The use of CCS has broad bipartisan support on Capitol Hill -- with provisions backing the technology included in emerging infrastructure legislation -- and among climate scientists who say funding and commercialization of the technology will be necessary for achieving the net-zero emission targets of the Paris climate accord.

The group listed a series of technologies and industries that it said would further harm disadvantaged communities, including CCS technologies as well as nuclear power, direct air capture projects that extract existing carbon from the atmosphere, and infrastructure repairs for fossil-fueled power generators to “extend [their] lifespan or production capacity” through electric grid upgrades.

The WHEJAC report and the OMB interim guidance highlight the political obstacles faced by the Biden administration for achieving its net-zero goals while addressing environmental justice concerns. President Joe Biden’s climate executive order issued in January says 40 percent of federal investments for climate and environmental projects must benefit disadvantaged minority and low-income communities that have been hardest hit by climate change effects.

“Whether this vision will be realized depends on how federal and state governments and the private sector respond to the many challenges outlined in the report, including those highlighted here,” Shenkman wrote in a July 22 “alert” with his Arnold & Porter colleague Sarah Grey.

“For a massive build-out of carbon capture capacity to be achieved in an efficient manner, streamlining the [National Environmental Policy Act] process will be key,” the lawyers wrote. “CEQ’s report suggests a number of policy measures that could help. Federal agencies could prepare programmatic environmental impact statements (EIS’s) for categories of CCS projects, for example, which would allow much shorter and faster environmental assessments on a project-specific basis. CEQ also suggests that it is considering issuing…specific NEPA guidance” for carbon capture, utilization and storage (CCUS) technologies, according to the Arnold & Porter “alert.”

“CEQ’s report cautions that CCS will only deliver the desired societal and environmental benefits if it is ‘well-designed and well-governed,’” the lawyers wrote, noting growing opposition to the technology from environmentalists. For instance, the Center for Biological Diversity and a coalition of environmental organizations sent a July 19 letter to congressional leaders in June opposing the inclusion of CCS in any proposal for establishing a “clean electricity standard” as part of infrastructure legislation.

“But Biden’s chief climate adviser, Gina McCarthy, and Secretary of Energy Jennifer Granholm have signaled that the administration will continue to back CCS projects, while looking for ways to address environmental justice concerns,” Shenkman and Grey note. -- Rick Weber (rweber@iwpnews.com)

The story on this page is just a sample of the complete coverage and features provided by Climate Extra, a new service from the publishers of Inside EPA, delivering exclusive news on the climate policy developments across the breadth of the federal government and beyond.

You can add Climate Extra, and all the daily news and analysis it provides, to your current Inside EPA subscription.

Contact Steve Reilly or call 703-562-8992 to learn more or to subscribe to Climate Extra. Discounts on multi-reader licenses are available.

Your subscription will extend your InsideEPA.com access to the Climate Extra portal and the accompanying services, including daily news and analysis, a weekly newsletter, special reports, documents, a weekly Insider analytical report. a morning email update, and breaking news alerts.