Many corporations have been slow to adopt broad conservation programs despite the potential that such efforts could boost earnings, but that could change as stakeholder pressure rises for faster and more-aggressive ecosystem protection, says a top conservation biologist.

Dr. Mark Aspelin, CEO of the Profitable Conservation consulting firm and the author of a book describing how corporate programs could benefit both corporate profits and biodiversity, in an exclusive interview with Environment Next, says companies could increasingly face calls from shareholders and others for more-aggressive steps to protect habitats and biodiversity.

Aspelin says that, depending on their type of business and the scope of operations, companies adversely affect biodiversity in various ways -- and can take steps to reduce those impacts. The impact points are frequently framed using the acronym HIPPO: habitat destruction, invasive species, pollution, human population, and overharvesting. 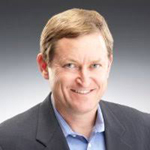 Pressure for additional conservation measures may arise as a result of the coronavirus spreading health emergencies across the globe, with the United Nations Environment Program posting a statement, “Coronavirus outbreak highlights need to address threats to ecosystems and wildlife."

With the exception of human population, companies can impact biodiversity in all of the HIPPO areas, most notably through pollution and habitat destruction, which includes climate change. Mining, forestry, oil and gas development, agriculture, and other sectors all have impacts in these two categories, either directly or in their supply chains.

Other sectors have more industry-specific impacts. Shipping and cruise ships, for example, affect invasive species, such as zebra mussels which were brought into the Great Lakes in the 1980s and now have spread to inland lakes in 28 states. Overharvesting is the product of overfishing, which the Environmental Defense Fund has identified as “the most serious threat to our oceans.”

In other cases, companies save money through pollution prevention, “design for the environment” approaches, building retrofits, and green infrastructure. Chemical company Union Carbide Corporation, for example, constructed a 110-acre “tertiary treatment wetlands” in Texas to comply with wastewater treatment standards, at a cost of $1.4 million as opposed to $40 million to construct a “gray infrastructure” treatment plant. Union Carbide is a subsidiary of Dow Chemical Company, whose chief sustainability officer Mary Draves in an exclusive interview with Environment Next described the corporation’s diverse sustainability priorities, including the circular economy and climate change.

In a municipal project, New York City bought land or used conservation easements covering over 130,000 acres to save the $10 billion cost of building a massive drinking water filtration plant, plus saving at least $100 million annually in operating costs.

“I hope those kinds of stories will play out on a much larger scale,” Aspelin says in the interview. Companies do engage in profitable conservation, but “it’s not mainstream by any stretch.” Corporate responsiveness “varies a lot,” depending on the issue, he notes. Corporations are “very much on board” when it comes to pollution because “it’s a language they speak already,” with an easily identifiable return on investment (ROI) from efficient production processes or from finding markets for their outputs, as with circular economy approaches.

Although habitat conservation is not yet “top of mind” for companies, Aspelin expects it will become a more widespread concern as stakeholder pressures for corporate sustainability become stronger, such as BlackRock CEO Larry Fink’s declaration in January that “climate risk is investment risk” and sustainability will be the $6.8 trillion asset manager’s “new standard” for investing.

Although habitat destruction and biodiversity do not have the same resonance with corporations as pollution prevention, climate change is now getting a lot of corporate attention, and company climate commitments indirectly provide biodiversity benefits because altered climate affects habitat composition and the distribution of species, Aspelin says.

Corporate responsiveness to climate change pressures “is relatively new,” Aspelin notes. “Back in the day,” when he worked with companies “it was up to us to figure out” the primary environmental impacts associated with the companies’ operations, he says.

With Coca Cola, for example, the main environmental impact issue was water, and climate change was not discussed. Regulatory compliance was a major driver, rather than realizing an ROI from investing in conservation, Aspelin says, noting that he worked with a number of sectors, including petrochemicals, oil and gas, railroads, and tourism.

To build awareness of corporate conservation benefits, Aspelin contributed a series of articles about profitable conservation to the E.O Wilson Biodiversity Foundation, which has embraced naturalist E.O. Wilson’s call for protecting half the Earth’s lands and seas for biodiversity and is pursuing a Half-Earth Project to advance that goal.

For now, state, federal, and international policies remain the most effective approaches to force conservation, including through the Endangered Species Act, wetlands conservation, and other approaches that use a regulatory “stick, not a carrot.” On the incentive side are carrots such as solar rebates for businesses, green roof tax incentives that save cities storm water management costs, and municipal incentives to join in circular economy systems. Corporate zero waste goals are also working as a voluntary approach.

While not yet mainstream, corporate efforts to protect habitats are occurring in some settings, such as in the oil-rich Permian Basin’s Pecos River watershed, in Texas, where the conservation group National Fish and Wildlife Foundation (NFWF) is touting its work with the Agriculture Department and major oil and gas companies to protect fish, wildlife, and their habitats in the area, suggesting the effort could serve as a model for other industries.

NFWF also works with Walmart on its Acres for America program, under which the retailer has committed to purchasing and preserving one acre of wildlife habitat in the United States for every acre of land the company develops, Aspelin notes. From 2005 to 2015, the program protected more than 1 million acres through 61 projects in 33 states, the District of Columbia and Puerto Rico, and Walmart and NFWF are now in the midst of a 10-year continuation of the program, which NFWF describes as “one of the most important public-private land conservation partnerships in the United States.” While he commends the Walmart programs, Aspelin says it remains “unusual” for companies.

Among emerging pressures on companies is the fact that conservation is a major issue on the environmental agenda this year. The United Nations Convention on Biological Diversity (CBD) is circulating a “zero draft” calling for urgent steps to protect 30 percent of all ecosystems and for economic sector reforms to reduce by at least 50 percent business and supply chain negative biodiversity impacts. Aspelin suggests that companies with large natural resource impacts would be the most likely to be affected by CBD commitments.

In addition, according to a March 18, 2020, Scientific American article, “Destroyed Habitat Creates the Perfect Conditions for Coronavirus to Emerge,” a number of researchers now believe that humanity’s destruction of biodiversity “creates the conditions for new viruses and diseases like COVID-19” and a new discipline, planetary health, has emerged “that focuses on the increasingly visible connections among the well-being of humans, other living things, and entire ecosystems."

Want more of this exclusive environmental reporting? Sign up for a free trial to InsideEPA.com.

Your trial to InsideEPA.com includes an email news reminder sent to you every business day with the latest top stories, access to the must-read 'Insider' blog and a rundown of the most significant new documents in environmental policy. And you also have online access to Inside EPA Weekly Report, the award-winning newsletter that started it all.

There is no obligation at all with taking a trial subscription. It will expire automatically with no further action required from you.