NOT A SUBSCRIBER? Try our pay-per-view service, the InsideEPA.com NewsStand.

Government, Businesses Ramp Up Focus On Protection Of Ecosystems

Ecosystem protection is rapidly becoming a more important factor in business and government decisions to preserve “natural capital” that benefits both the environment and the economy, according to an expert with a Stanford University-led program that promotes such investments.

In an exclusive interview with Environment Next, Anne Guerry, the Chief Strategy Officer for the Natural Capital Project (NCP), says natural capital, also known as “ecosystem services,” includes the stock of such assets as clean air and water, soil, ecosystems, and other elements of the environment whose benefits sustain and improve human life. NCP, based at Stanford, partners with governments, non-governmental organizations (NGOs), businesses and others to preserve and promote these services -- such as building climate resilience on the Gulf Coast. 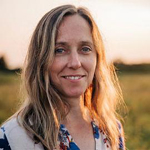 Guerry says natural capital is becoming a more important factor in government and corporate decisions at a time when climate change, habitat destruction, and other forces are alarming scientists and policymakers. The increasing recognition of the need to protect natural capital also comes as satellites and other technologies can more accurately map and understand the condition of ecosystems and their role in sustaining economic activity.

“We’re on the cusp of the potential for real change,” Guerry says, noting that satellite information provides far better maps than have been available until recently, and can be combined with extensive scientific information to understand ecosystems. In the past, models took months or years to run in order to gather data, whereas today models at global scales but with fine resolution can be run much more quickly and thus inform real-time decisions. “Technology is empowering new ways of looking at the world” Guerry says, adding that it also helps to better understand human activity’s negative impacts as well as options for positive changes.

For a long time, natural capital has been taken for granted, Guerry says, although the NCP has been working for more than a decade to try encouraging a greater focus on the issue. During those years many institutional leaders -- including countries, companies, and others -- have begun incorporating natural capital concerns into their decisions, she adds. The recent growth in new environmental mapping technologies and other developments appear to have helped quickly bolster interest in natural capital as a key factor in major decisionmaking.

Responding to growing business interest in natural capital, NCP, its partners, and the UK-based international NGO Natural Capital Coalition (NCC) in 2016 developed and launched a “Natural Capital Protocol” to provide “a standardized framework for business to identify, measure and value their impacts and dependencies on natural capital.”

NCC Executive Director Mark Gough said in a 2017 letter posted by NCP that almost 25,000 organizations had downloaded the protocol at that point. He also wrote, “Natural capital is now entering the mainstream, and businesses around the world are realizing how crucial it is to understand their relationship with nature and natural systems.”

More recently, the global nonprofit BSR held a Nov. 12-14 conference in San Jose, CA, that included workshops on “Business and the Biodiversity Crisis,” where attendees discussed the role of companies in protecting natural capital. BSR, which has 250 member companies, stated that business intervention in the crisis “has never been more important” with the forthcoming 2020 Biodiversity Convention and the New Nature Action Agenda, a biodiversity effort released by the World Economic Forum that promotes public-private cooperation on key industry agendas. And next year a number of conferences will take place focusing on natural capital, including the 26th Conference of the Parties meeting of world leaders on climate change slated for Nov. 9-19, 2020, in Glasgow, and the next Convention on Biological Diversity meeting that has been tentatively scheduled to begin Oct. 5, 2020, in Kunming, Yunnan, China.

Scientific research is also helping to generate greater interest in natural capital, according to Guerry, touting in particular the work of the Intergovernmental Science-Policy Platform on Biodiversity and Ecosystem Services (IPBES). IPBES, to which the United States and 100 other countries belong, is a United Nations body which responds to decision makers’ requests for assessments of the state of biodiversity and of the ecosystem services nature provides to human societies. In May, IPBES issued a global assessment that found biodiversity and ecosystem services are “deteriorating worldwide."

Guerry cites China as an example of a country embracing natural capital concepts in its national policy, saying the country’s President Xi Jinping is promoting an “ecological civilization for the 21st century.” China is implementing this approach through mapping such ecosystem services as food production, carbon sequestration, soil retention, flood mitigation, and others, and is designating ecosystem conservation areas. The NCP partners with the Chinese Academy of Sciences, which is responsible for much of China’s ecological civilization work.

A recent NCP book, Green Growth That Works, provides examples of various countries’ policy and finance mechanisms to conserve ecosystems, including the United States’ use of financial mechanisms for coastal resilience and climate adaptation.

“The U.S. is starting to do these things,” Guerry says, describing a 2016 project with the Department of Defense (DOD) in which NCP employed its “Integrated Valuation of Ecosystem Services and Tradeoffs” (InVEST) tool to help military bases with land management decisions. DOD wanted to know how ecosystem services on the bases would be impacted under different scenarios, including Endangered Species Act and other conservation impacts.

The InVEST tool is “a suite of models used to map and value the goods and services from nature” and that “helps explore how changes in ecosystems can lead to changes in the flows of many different benefits to people,” according to NCP. It uses information about a specific area’s land mass, land cover, precipitation, and human land uses to map and value diverse ecosystem services that flow from the landscape or seascape, Guerry says, comparing InVEST to a “what if” machine to evaluate different scenarios. This avoids the “either/or” thinking that only picks one or the other of development and conservation; rather, both are possible in a sustainable way, Guerry says.

Besides working with IPBES and other partners, the NCP works with multilateral institutions such as the World Bank and Inter-American Development Bank that provide large loans to countries for infrastructure development. NCP seeks to help the banks and countries focus on where development should happen. Because the InVEST tool is a free, open-source software system, many different types of leaders including corporate executives have asked for NCP help in measuring, mapping, and evaluating ecosystem services.

For example, NCP partner The Nature Conservancy had a 10-year, $10 million partnership with petrochemical giant Dow Chemical and involved NCP in assessing a large facility in Freeport, TX, in hurricane alley. Because the facility was outside Dow’s levee system, the company needed a strategy to protect its costly operation from the next major storm and was considering several options, including building a bigger levee or protecting coastal habitats that can act as a storm buffer. NCP’s analysis found insufficient restorable habitat to protect Dow’s inland location, but that a combination of some marsh restoration and a smaller levee would achieve Dow’s goal.

“People are starting to recognize that we’ve taken for granted the many benefits we receive from ecosystems,” Guerry says, though some authorities were aware of the benefits years ago. New York City, for example, avoided building and maintaining a multi-billion-dollar water treatment plant by adopting a comprehensive watershed protection program in the 1990s to protect the upstate watershed that supplies the city’s drinking water. By protecting and restoring land upstate, New York receives clean water without the costly treatment plant along with such benefits as flood control, carbon sequestration, recreation, and other co-benefits, Guerry notes.

“We can’t have healthy economies without healthy ecosystems” given their many benefits, Guerry says, adding that natural capital is key to sustainable development. -- David Clarke

Want more of this exclusive environmental reporting? Sign up for a free trial to InsideEPA.com.

Your trial to InsideEPA.com includes an email news reminder sent to you every business day with the latest top stories, access to the must-read 'Insider' blog and a rundown of the most significant new documents in environmental policy. And you also have online access to Inside EPA Weekly Report, the award-winning newsletter that started it all.

There is no obligation at all with taking a trial subscription. It will expire automatically with no further action required from you.